How We Make Whiskey

There’s a bit of art and science in every bottle of bourbon. And maybe a little magic, too. Here’s how we blend it all at Limestone Branch.

Going With the Grain

It all begins with the mash bill, the basic recipe for the bourbon. For Yellowstone, we use an open-pollinated white heirloom corn which makes for a slightly lighter whiskey flavor. Corn accounts for 75% of the grain bill, with 13% rye and 12% malted barley. A recipe, not so incidentally, that came from Stephen and Paul Beam’s grandfather’s notes.

There’s no pressure cooking at Limestone, just an old-fashioned open cook, starting at 200-degrees-plus to break down the starches of the corn. Many larger distilleries cook all the grain at one time, but we take a three-stage temperature cook. After the corn we lower the temperature, add our rye, and ultimately lower the temperature again to add the malted barley.

After the cook, it’s time to lower the temperature and pitch the yeast. And here’s where a little magic comes in: Our yeast is a strain used by Stephen and Paul’s great grandfather and grandfather, reclaimed through DNA from a yeast jug that was on display in the Oscar Getz Whiskey Museum in Bardstown, Kentucky. The strain goes back to ancestors Guy Beam and Minor Case, and probably a lot further.

Once the yeast is pitched and fermentation begins, it will continue for roughly 72 hours and produce what is called distillers beer, at about 8 to 10% alcohol. 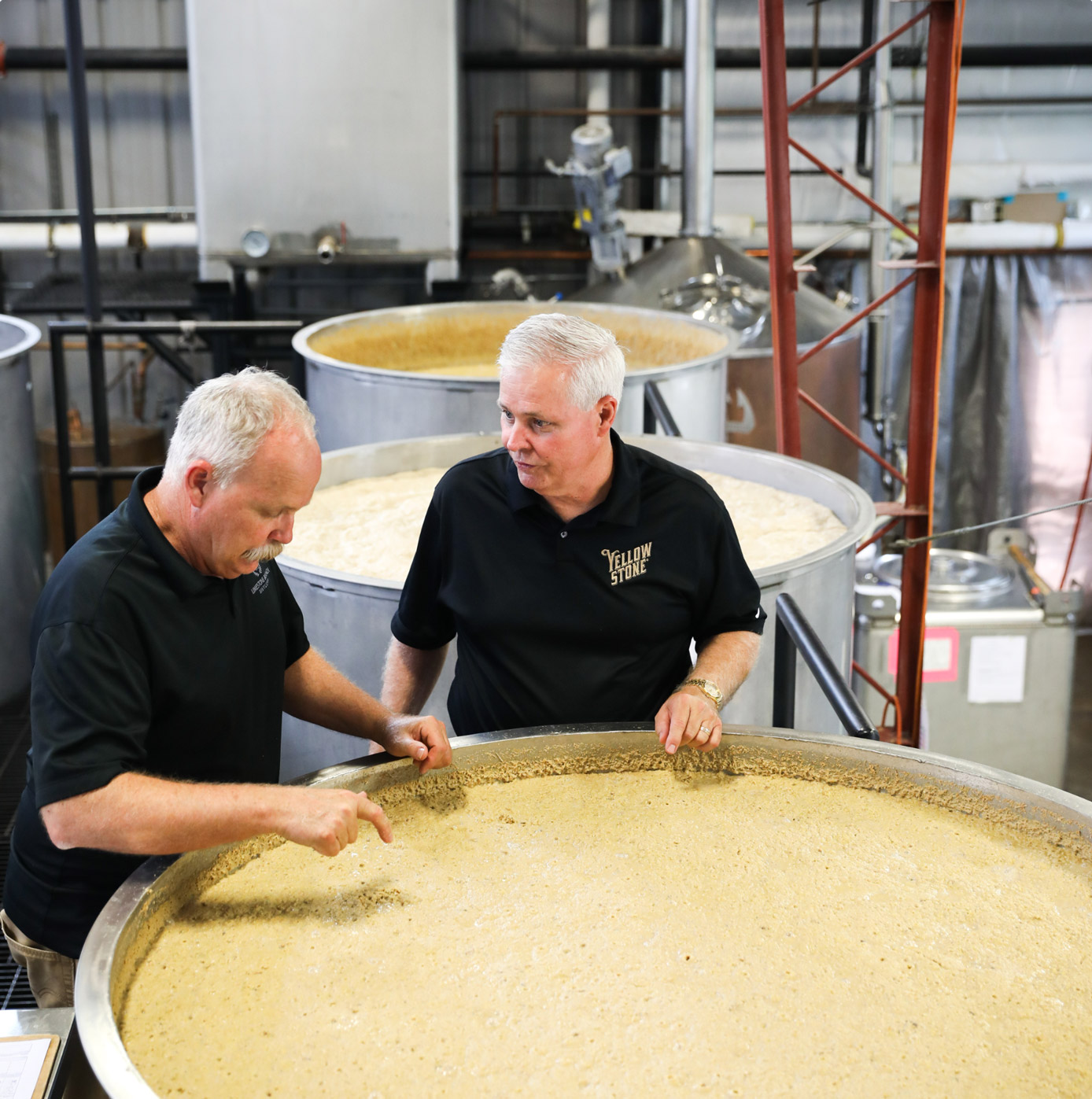 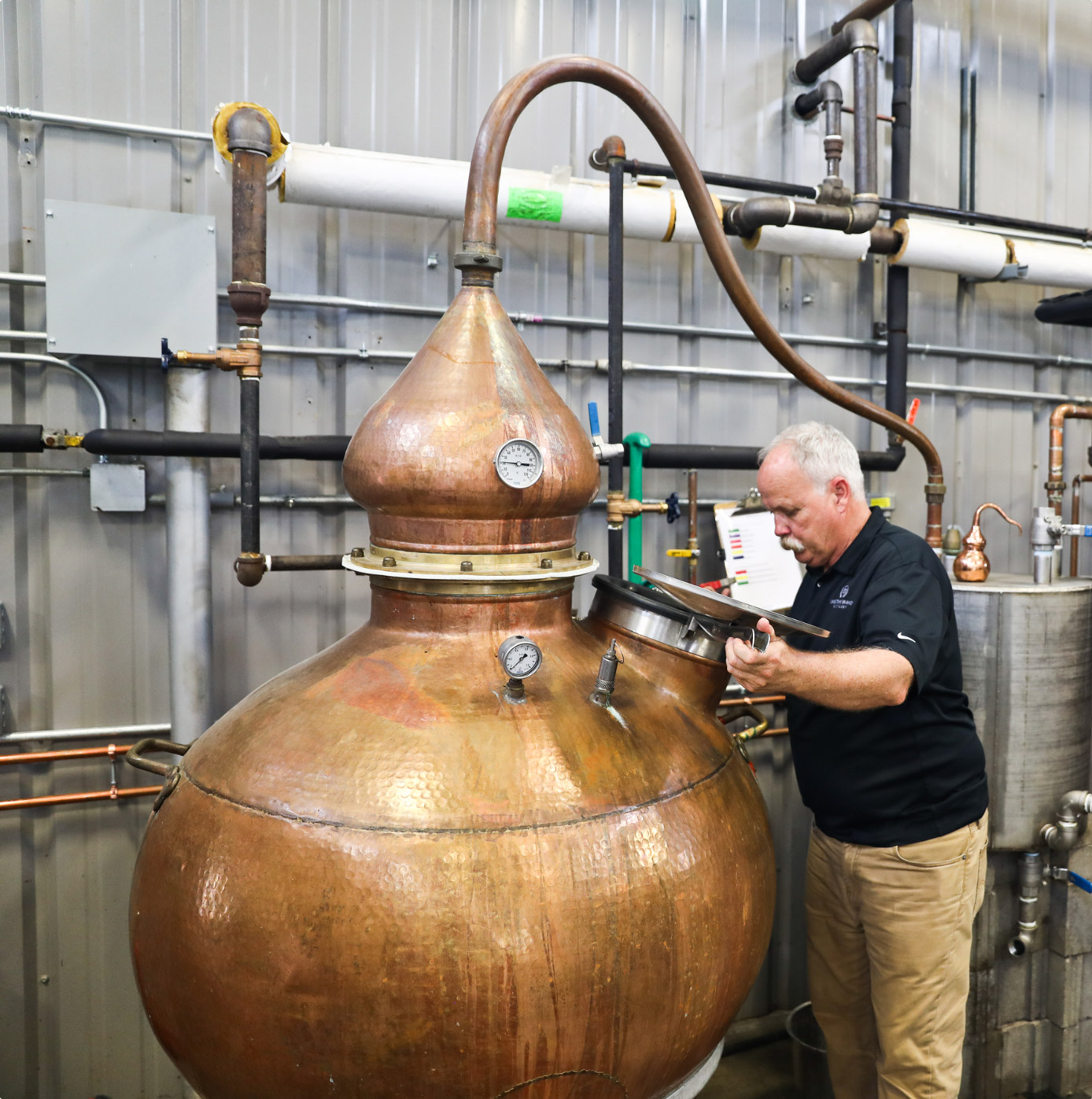 The distillers beer then heads into the 600-gallon pot still for a stripping run, turning the beer into 250 gallons of what is now called low wine, at 25 to 30% alcohol.

Cut to the Chase

The low wine then goes into a traditional alembic still to boil off volatile compounds (in a variety of steps called cuts — the foreshot, the head, the tails, and the heart). The heart is ultimately what is collected to go into barrels — now as close to 100 proof as possible.

By then, 600 gallons of water and 950 pounds of grain have turned into one 53-gallon barrel of whiskey. All that remains is to actually transfer it into newly charred oak barrels to begin the aging process.

Limestone Branch is one of the top Kentucky bourbon distilleries — and a founding father of the Kentucky Bourbon Craft Trail. Let us fill your glass.

You May Want to Mix You May Want to Read