Our family was there at the start of the Kentucky bourbon business. It all began when a man named Jacob Beam sold his first barrels of corn whiskey.

Seven generations later, brothers Stephen and Paul Beam started their own chapter of the family history book as the proud Kentucky bourbon distillers behind Limestone Branch Distillery. You can taste that pride in every pour of our award-winning craft spirits.

Meet the Brothers Behind Limestone Branch 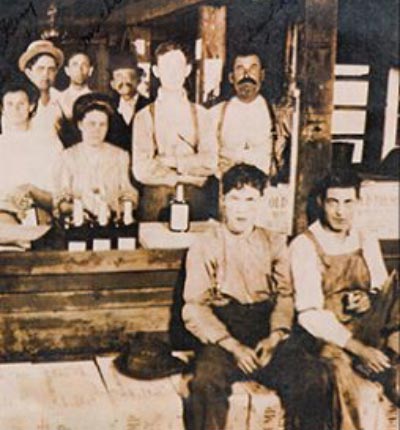 Born in 1770, Jacob Beam — Stephen and Paul’s great-great-uncle — was a farmer who began producing whiskey in the style now known as bourbon. He sold his first barrels of corn whiskey, called Old Jake Beam, around 1795. His distillery was located not too far from where Limestone Branch is today. 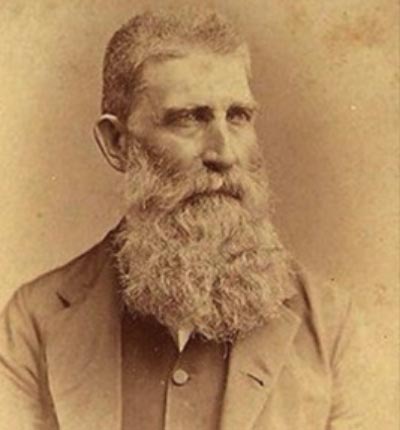 By 1836, Joseph Washington Dant — Stephen and Paul’s great-great-grandfather on their mother’s side — was prospering with his own distillery near Dant Station in Marion County, Kentucky. Their mother, Dottie, even worked at the distillery in high school. 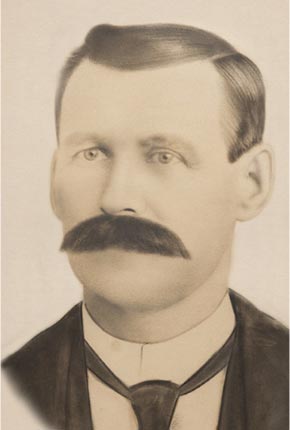 In 1871, Stephen and Paul’s great-grandfather Minor Case began working at Early Times Distillery, under the supervision of his Uncle Jack. By 1883, M.C. was a master distiller in his own right, so he bought out one of the partners at neighboring Gethsemane Distillery and renamed it Head and Beam. 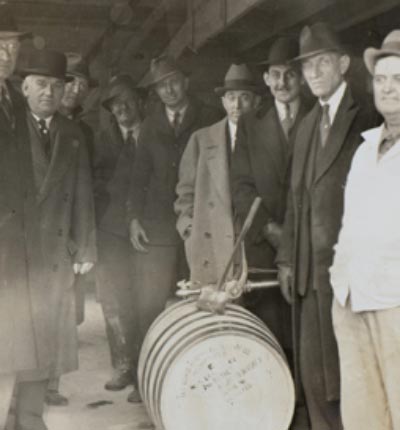 1934: The fifth generation of distillers begins.

Before his passing in 1934, Minor Case Beam brought his son Guy — Stephen and Paul’s grandfather — into the business. Guy became a famous master distiller who worked at a number of distilleries, including Yellowstone. Prohibition didn’t stifle Guy’s passion; he just went north to practice his craft in Canada. His son Jimmy, Stephen and Paul’s dad, contributed to the family legacy in his own way, working at Kentucky distilleries and playing baseball in the Bourbon League. 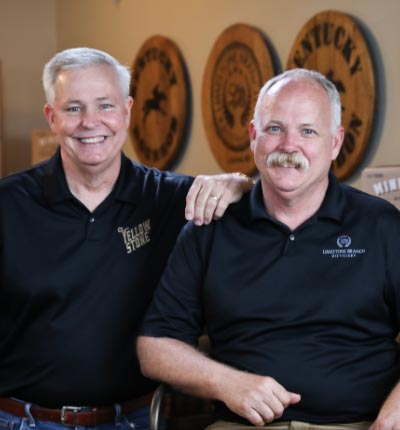 2010: Stephen and Paul Beam carry on the family tradition.

In October 2010, Stephen and Paul Beam decided to become Kentucky bourbon distillers and formed Limestone Branch Distillers Inc. They put down roots in Lebanon, just a whiskey stone’s throw from the distilleries of their ancestors and where local grain and limestone waters are readily available. With critical funding from immediate family members, the new distillery truly became a family affair. 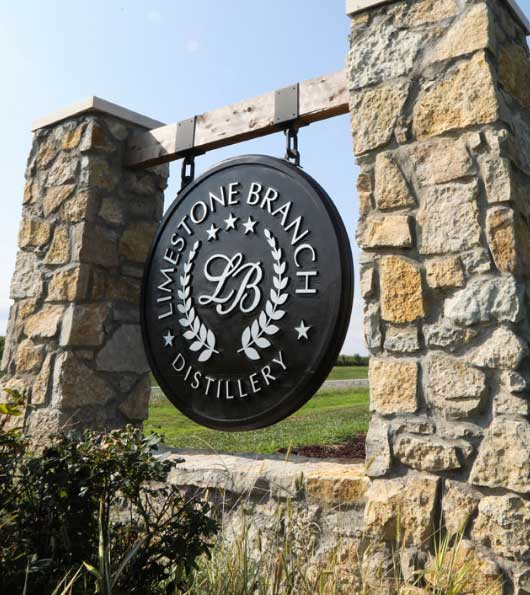 Stephen and Paul broke ground on Limestone Branch on May 26, 2011. With the help of their father, who still had ties to the local bourbon community, the brothers reconstructed a small distillery reminiscent of an era gone by. Just short of a year later, they got out the big scissors for a ribbon cutting on February 17, 2012. Today, when you visit Limestone Branch Distillery, you can’t help but sense the history that helped shaped it. And here’s hoping you will be a part of our distillery’s next chapter.

We Love Our Parks as Much as We Do Bourbon

We have answers to all your frequently asked questions — about us specifically and bourbon generally.